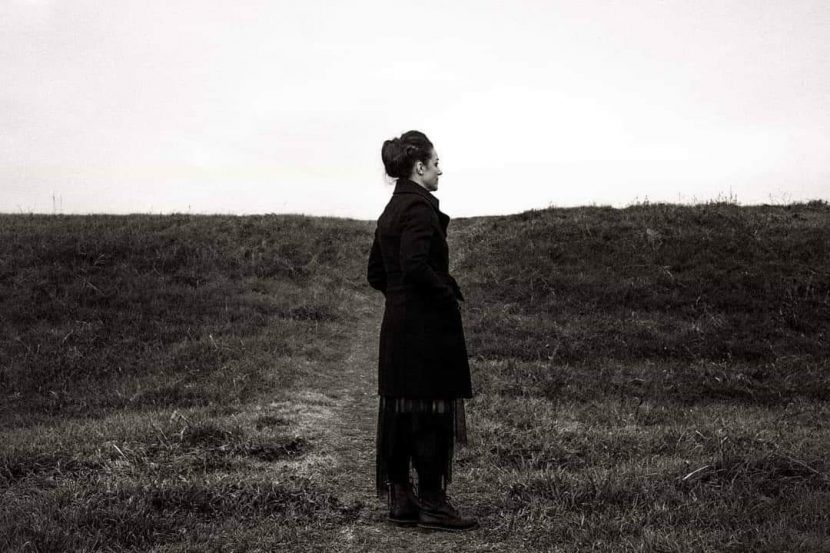 “I offer part of my very being to the other person and as I paint that person I relive their life with such intensity that the picture no longer appears static and instead speaks to the deepest part of me in quite an amazing way. I like talking to people, getting to know them, and taking part of them away with me. And if I find in them a desire to break out of normality and to really rise to that challenge with all their being, then they become by necessity an integral part of my work.”

Being Sara Zamperlin means being born in a hamlet of Legnago, called Porto, beyond the River Adige. Or over here. It depends on your point of view. It means being the daughter of two art lovers: my father, a carpenter always busy fashioning objects with his hands, and passionate about photography; my mother, a devourer of books. Both quick to grasp my bent for drawing. So much so that I managed to enroll on Signora Nelda’s adults-only course. I was 7 years old. I still remember the workshop’s rooms: the first one where one did drawing from life in pencil. The second, the one for oil painting, where only those who had reached a certain level were allowed. Its smell, the creaking of the door, the “hair-bun” – all are still there in my mind.
It was then that I realized that I would become a painter when I grew up.
Being Sara Zamperlin means walking with conviction towards a specific goal. Driven by my dream, I first enrolled at the Institute of Applied Art, and then continued my studies until I was qualified as a technician for the conservation, maintenance and restoration of objects of art. I thought then — and I still think – that I made the right decision: that bringing a painting to restoration, or rather, restoration to a painting, might be the precisely the right complementary arrangement to fit in with my own aims. Which were to maintain constant contact with the artists of the past while at the same time experimenting with my own drawing as I sought a particular artistic form. In my own style – something which did indeed eventually emerge.
At the beginning, the forms were abstract. I was trying to communicate by bringing out my feelings through line, colour and subject matter.
In the meantime, I opened my own restoration and painting workshop, just to satisfy both sides of my being. My research, however, ended up going nowhere. So I had to turn my sights elsewhere, where I could find something that was more typical characteristic of me. My finely honed ability to observe, which often causes me to sacrifice my words to my expression, brought up a question: Why do I see people in one way, while they act in another?
The confirmation came shortly after that. One day someone asked me to do a portrait of her. She brought me a photo, which, though beautiful, did not look anything like her. And that is how the “Anime” project was born. And that was the beginning of my new research from there.