You have to lose yourself to find yourself.

Losing yourself. Then finding yourself. Identities that have traversed the path of the rediscovery of themselves. These are the contents of the project by artist Sara Zamperlin which takes the famous fairy tale of the Brothers Grimm, Hansel and Gretel, as its point of departure and then through research, insights, meetings, interviews, finishes in the creation of the work of painting.
This is the third consecutive year in which Sara Zamperlin has devoted herself to the broader project on fairy tales – the literary genre that the painter prefers. With Alice. In her Phobias in Wonderland the artist set foot upon a path which saw her then get engaged in Tu 6 Oz. Lights and Shadows of the Wonderful Wizard. A path which aims to uncover the subtext of the plot; to discern the humanity, fragility, fears and dreams of fairy tale characters, the dimension of truth which often escapes a reading of the story that focusses only on the narrative.
After dealing with issues such as phobias in Alice and trauma in The Wizard of Oz, in Hansel and Gretel the focus is loss of identity. In the fairy tale of the Brothers Grimm, Nature takes a hand in making sure that certain episodes take place. The forest in which Hansel and Gretel are found is the place of the ‘traum’, of the dream, and therefore of the unconscious. It is where the battle between impulse and reality takes place, from which the ego springs. This is where loss takes place, because it is only by getting lost, that one can find one’s self.
Sara has brought this aspect very much to the fore in her project. By associating loss with loss of identity, she has sought out people who have lived through this experience only then to find themselves once again. The submissive character of the father, who lets himself be persuaded by his wife in his decision to abandon his children; the mother’s coldness, which is not wickedness but an awareness of the act she is about to commit; the courage of Hansel who, despite knowing his parents’ decision, does not let himself lose heart and manages to face up to their predicament; Gretel, who, overwhelmed by emotions and fear in particular, breaks down in tears; and, finally, the witch, pleased with the role given her by the local people. These are all characteristics that the artist has skillfully reproduced on canvas. What’s more, Sara has created something quite new – a product of the fusion and juxtaposition of fairy tale character and real person – which results in an almost surreal portrait, where the dark background recalls the night during which the main events of the fairy tale take place, while the light resembles the moon which illuminates the faces of the subjects. A positive message of hope repeated in all of Sara’s projects, and one which she recognizes in all the people she has painted. Because if loss of self for each of them was so slow, so also was, and still is, their path of self-discovery.
Phobias, trauma, loss, just like any imperfect aspect of each person are like pages in a book of one’s own life. You can rip it out, leaving a void, or you can leave it in, reread it and understand. But in any case, whether one likes it or not, without that page there would be no subsequent pages.
And Sara Zamperlin can turn that page into a work of art. 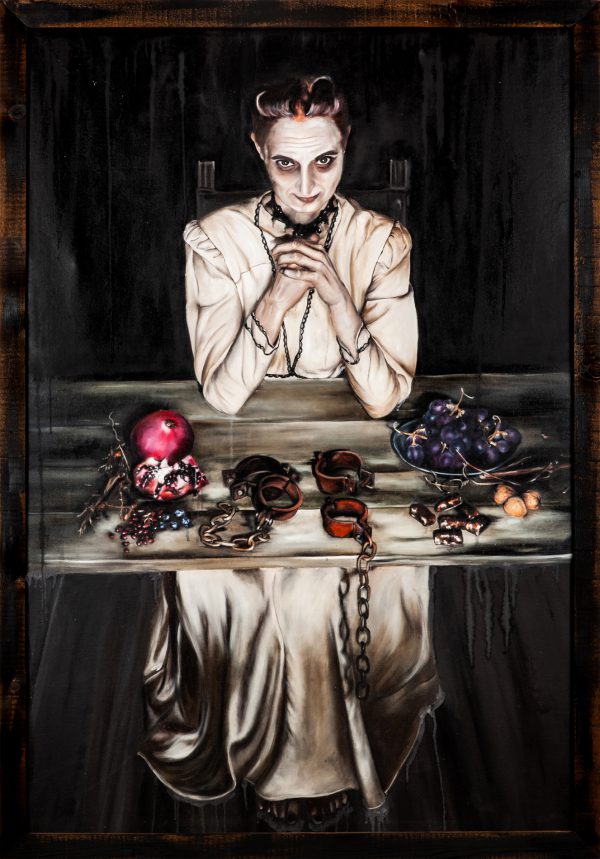 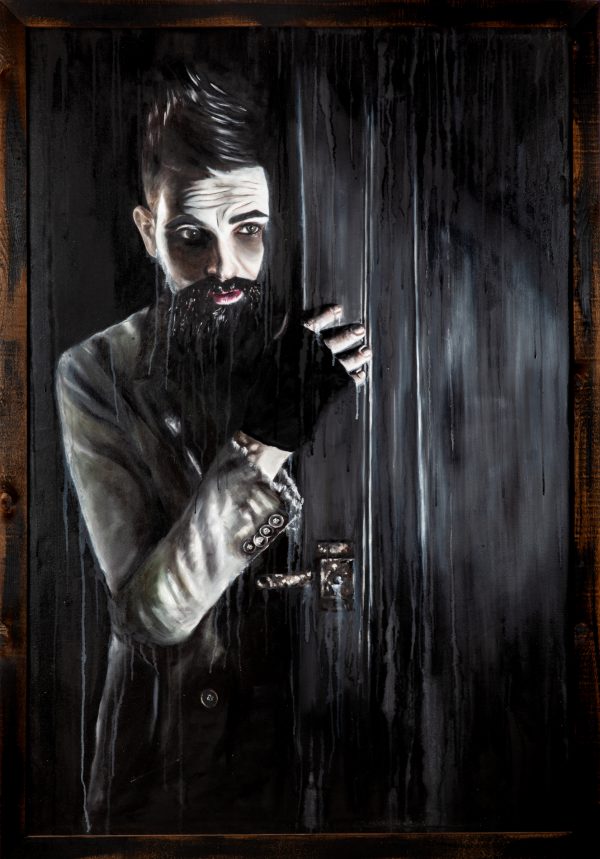 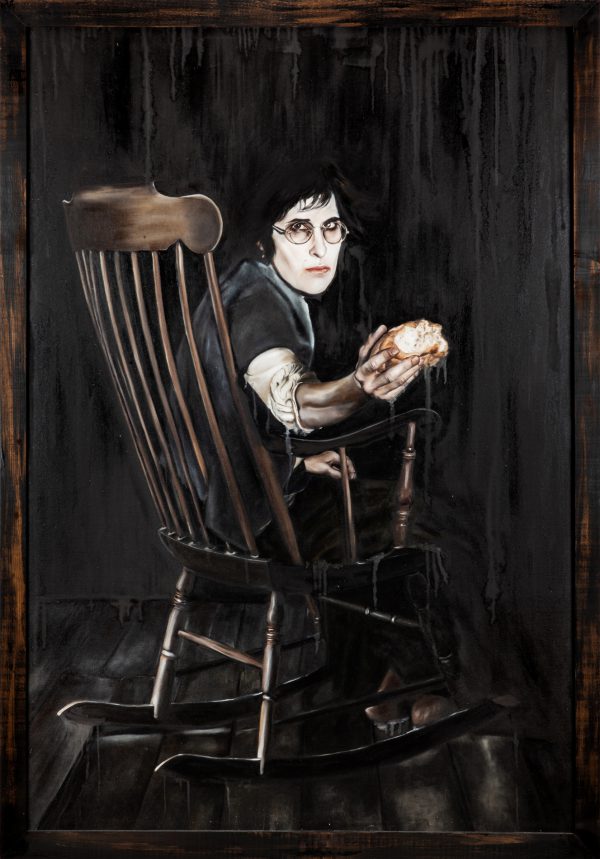 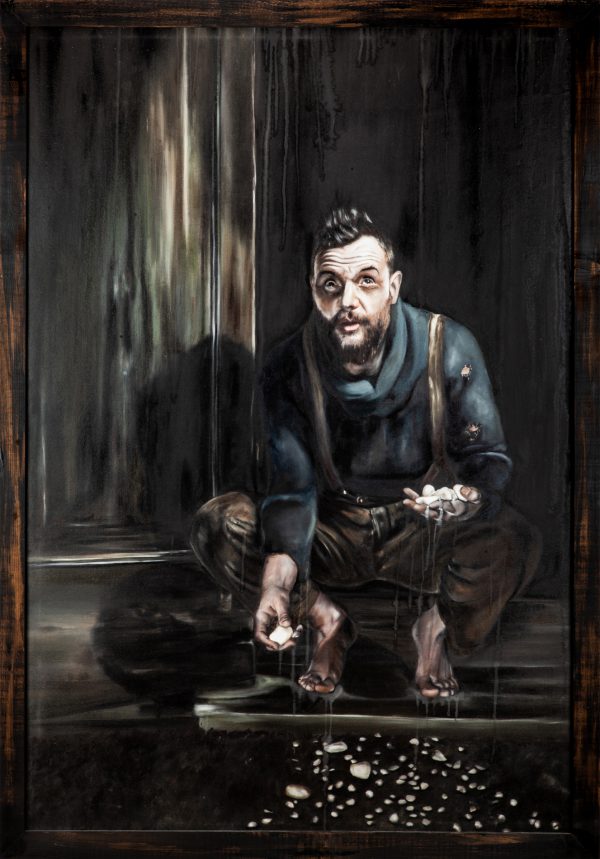 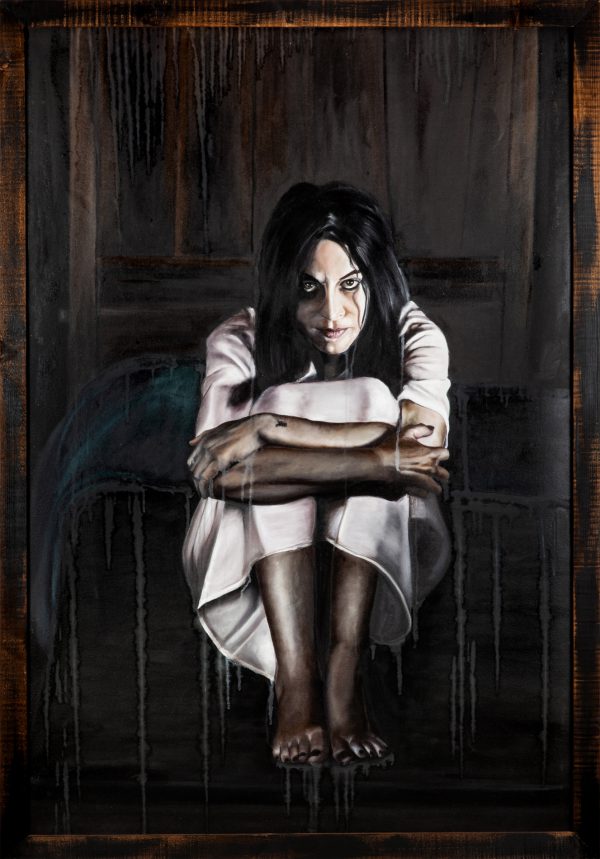